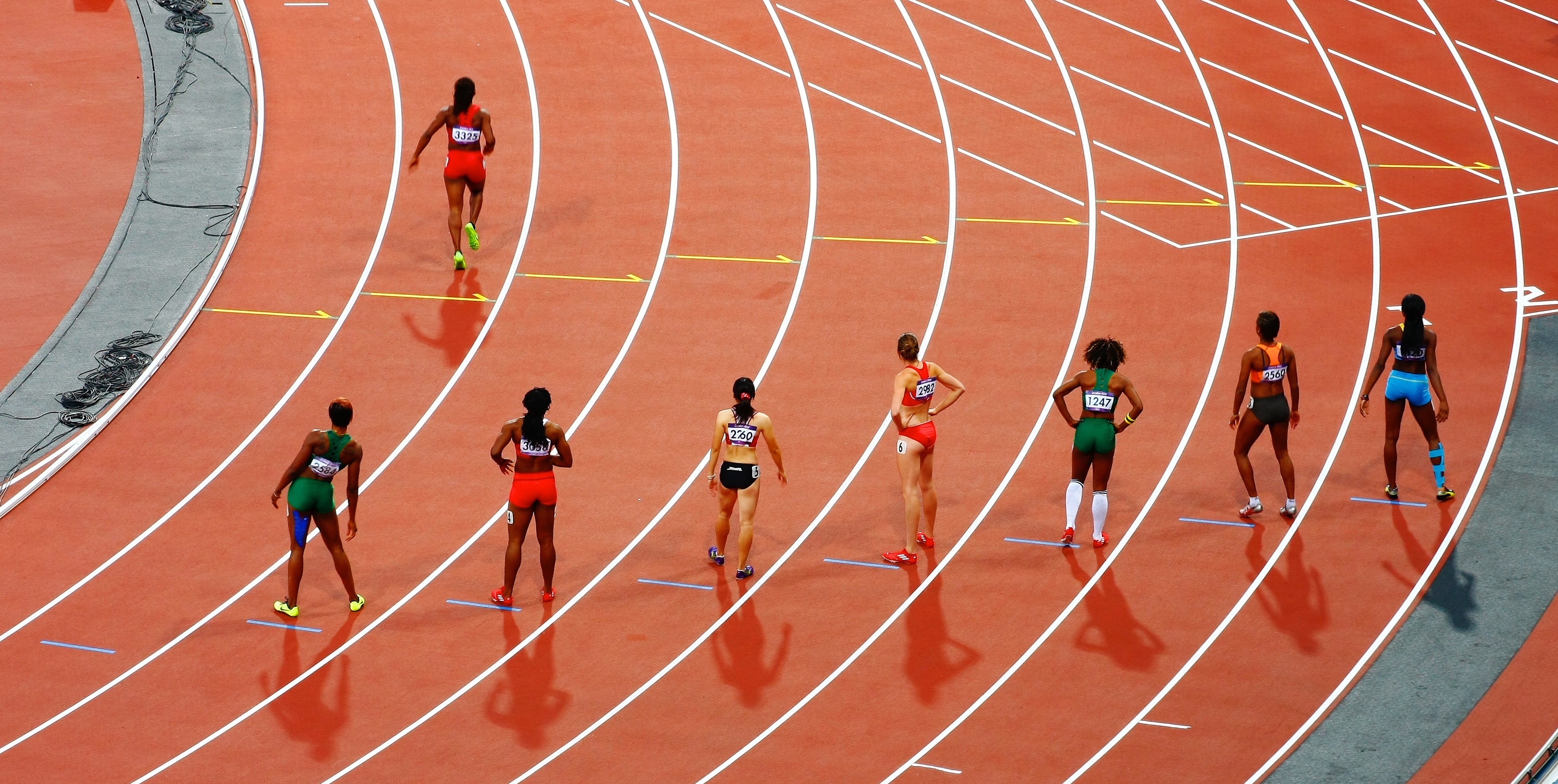 The links in the post below may be affiliate links. Read the full disclosure.

It’s one thing to have big plans for the coming year. It’s another to put those into immediate action and give yourself a leg up on your spring fitness during the fall and winter. You know you need to follow a training schedule, set goals and assess at the end of the year. But those things all take time before you’ll see improvements. So what can you do right now to get faster? “There are probably 30 things I could tell you that are actionable right now,” says Jason Fitzgerald, a Denver-based USATF-certified coach and author of 101 Simple Ways to Be a Better Runner. Thirty is a lot. Let’s start with just seven, with cues from Fitzgerald and longtime Chicago-based running coach Jenny Hadfield.

One of the easiest ways for most runners to get faster is to simply “get away from the plain Jane training plan,” Hadfield says. Instead of just running the same pace all the time, vary the intensity and distances. Do one workout per week that’s high-intensity—whether that’s on the track, treadmill or hills—and do one workout each week that’s more of a tempo effort. “It’s amazing how much people improve in just two to four weeks,” says Hadfield, by just adding pace variety into their routine.

2. Mix up everything else too.

It’s not just your pace that needs a little more pizzazz. Variety is the spice of running. Regularly run in different types of shoes, rotating through two to three pairs, Fitzgerald says. This subtly changes the stress on muscles and tendons in your lower leg, which reduces the risk of injury. That’s also true for running on different surfaces: dirt, grass, bike path, asphalt. By varying the type of work you’re doing—and, yes, also different kinds of cross-training—you’ll improve your functional strength and overall biomechanics.

You know you should be doing strength work. But it can be hard to make it to a gym. Instead, just add 10–15 minutes of an assortment of plank exercises after your run a few times each week. Fitzgerald has his runners do a routine that includes planks, side planks, planks where you pick up one arm then the other, then planks where you pick up one leg then the other, pushups, and a plank position where you bring your knee up to your opposite elbow. Add simple core exercises after your run and it’ll actually get done. The winter is also an ideal time to try different kinds of workouts, Hadfield says, like yoga, strength classes or cross-country skiing.

Sometimes getting faster at running is as simple as just running more. Fitzgerald says he’s often surprised how many runners aren’t doing a proper long run. Either they’re cutting it short to be social or they’re just running a couple miles longer than their other runs. He’s also found that a lot of runners are only running 15–20 miles a week. That’s fine, but “if you’re stuck in a rut and your volume’s been the same for a long time, then gradually increasing your mileage can see big improvements,” Fitzgerald says. The key is to increase the mileage gradually and then level off once you hit your new appropriate amount—say 30–40 miles per week, depending on what other training you do and your injury history.

5. Stop the static before a run.

Fitzgerald also gets rid of any static stretching his runners are doing before their runs. Plenty of studies have now shown pre-workout static stretching—i.e., touching your toes or sitting on the ground with your legs in front of you—is not helping and might be actually hurting you, as it increases the chance of injury. Instead, do a dynamic warm-up routine. This is especially helpful when it’s cold outside. That could mean some easy movement or jogging, followed by dynamic stretches like leg swings or lunges or air squats. In the winter, Fitzgerald will even have his runners do all this inside before heading out.

Add to the list of ways to mix it up: running strides at the end of your workouts. “Too many runners are not doing strides,” Fitzgerald says. Running four to six strides of about 75–100 meters each helps develop proper form, and improves leg speed and turnover, he says. Aim to do this at least once per week, though Fitzgerald prefers his runners do strides two or three times each week. Over approximately 75–100 meters, gradually build up to 90–95 percent of your max speed, hold that effort for 10–15 meters, and then coast to a stop. Rest or jog for about one minute, and then repeat.

It sounds like wisdom from Mr. Miyagi: To go faster, stop trying to go faster. But sometimes that’s exactly what runners need, Hadfield says. “We’re all addicted to our apps and GPS.” When we become slaves to our devices, we forget to run according to how we feel. On a hot and humid day, your pace might be significantly slower for the same effort, she says. By forcing her runners to run based on heart rate, perceived effort and feel, they learn how that relates to pace. Leaving the GPS device behind sometimes allows you to go as easy as you should on easy days—which keeps you ready to go as hard as you should on hard days.