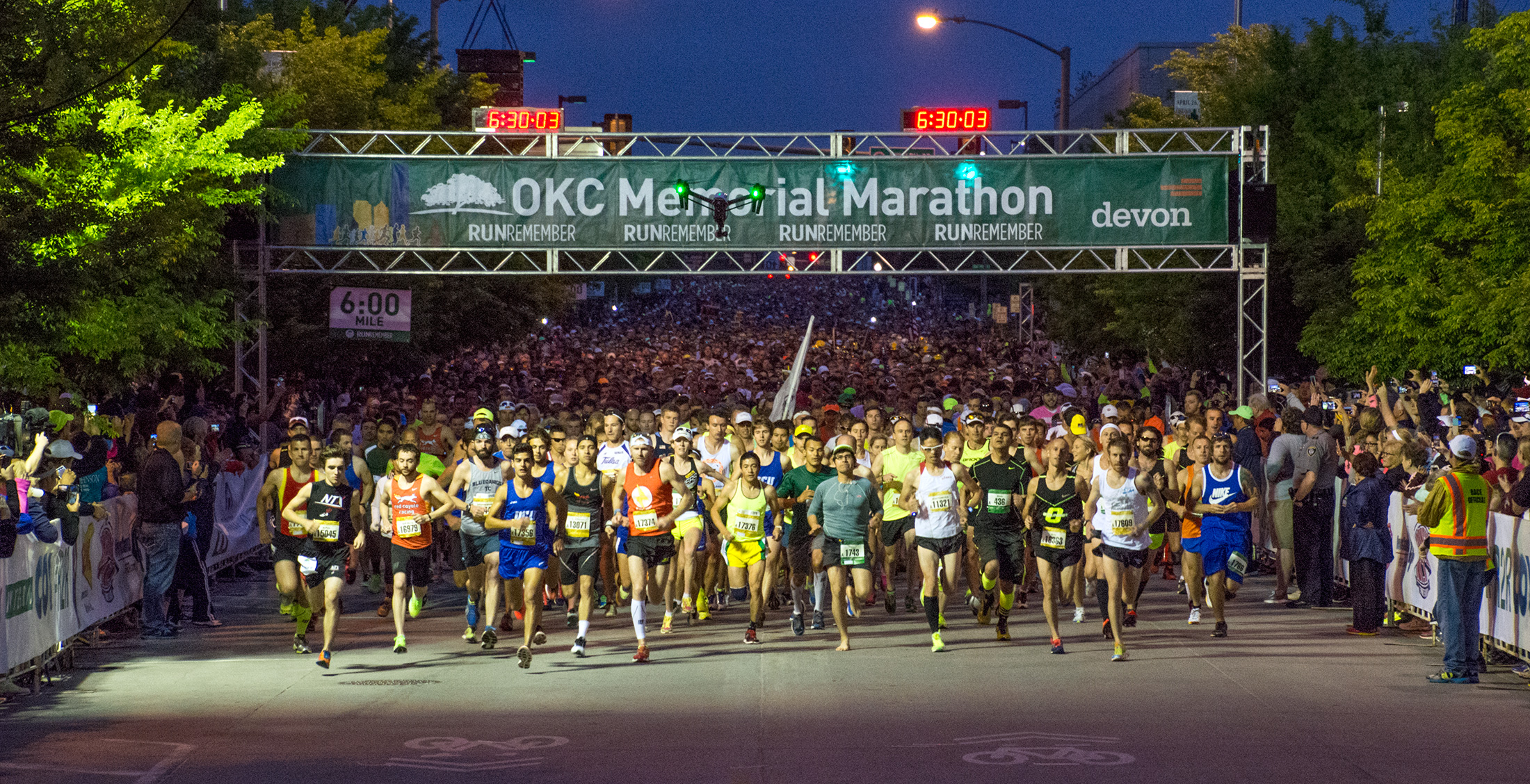 Last fall I ran in the Route 66 Half Marathon and the introvert in me really enjoyed listening to the funny conversations other runners were having around me. The Oklahoma City Memorial Half Marathon was no different and many of the conversations were dominated with potty talk.

That’s the beauty of runners; if you run long enough you lose your inhibition and have no problem talking about your bathroom business. For much of the first 6 miles I heard conversations like these.

“I told him to use that first porta-potty back there. But did he listen? No! Now he has to wait in a line”

“My stomach hurts so bad. I feel like I’m going to poop my pants”

“You should have used the bathroom when you had the chance”

But beyond bathroom news, there was a lot of love and genuine care on the course. I saw several couples holding hands, many people running with “In Memory of…” bibs on their backs, spectators thanking the runners, runners thanking the spectators, and lots of candy, beer, liquor, popsicles, donuts, bacon, and sausage being handed out along the course.

My family even came out to cheer me on. They weren’t planning to come out to the course so it was a great surprise to find my adorable husband jumping up and down at mile 10 to get my attention. I got two hugs from my girls and it was felt amazing to have them there supporting me. God bless my oldest daughter who thinks that because I bring home a medal that I won the race. It’s beyond flattering she thinks so highly of me and believes it’s possible for me to win these races. Her faith in me means more than all of the racing medals. I hope she has the same confidence in herself throughout her life.

Although there was a lot of chatter at the beginning of the race, by mile 11 when exhaustion had begun to set in, a hush had taken hold of many runners. For a moment we were almost a harmonious drumming of heaving breathing and rubber soles scuffing the pavement. All thankful to be in misery together but eager for the finish line.

For me, the race was a mixed bag of emotions. It was exhilarating to participate in a race with such strong community ties. Also, this event was kind of a celebration of the running community I’ve become a part of over the past year. As an introvert I have a difficult time making new friends but through Oiselle and running I have met so many amazing women. I’m extremely proud to call these women my friends. It was great to have the ladies that I have spent so many early morning miles with there to cheered me on and I was able to cheer them on as well. Despite all the great things about the Oklahoma City Memorial half marathon, running continues to elude me. I have hit a plateau with my speed and it’s maddening. I try different racing strategies and training plans but I can’t seem to break into a 2:10 half marathon. Despite a feeling of disappointment of my overall performance, I am not defeated. I came home Sunday hungry for another race.

Right now I have no races planned for the remainder of the year but need to figure out a plan soon. I’m deliberating between spending the summer on shorter distances, weight training and speed work or just biting the bullet and training for a full marathon Any advice?