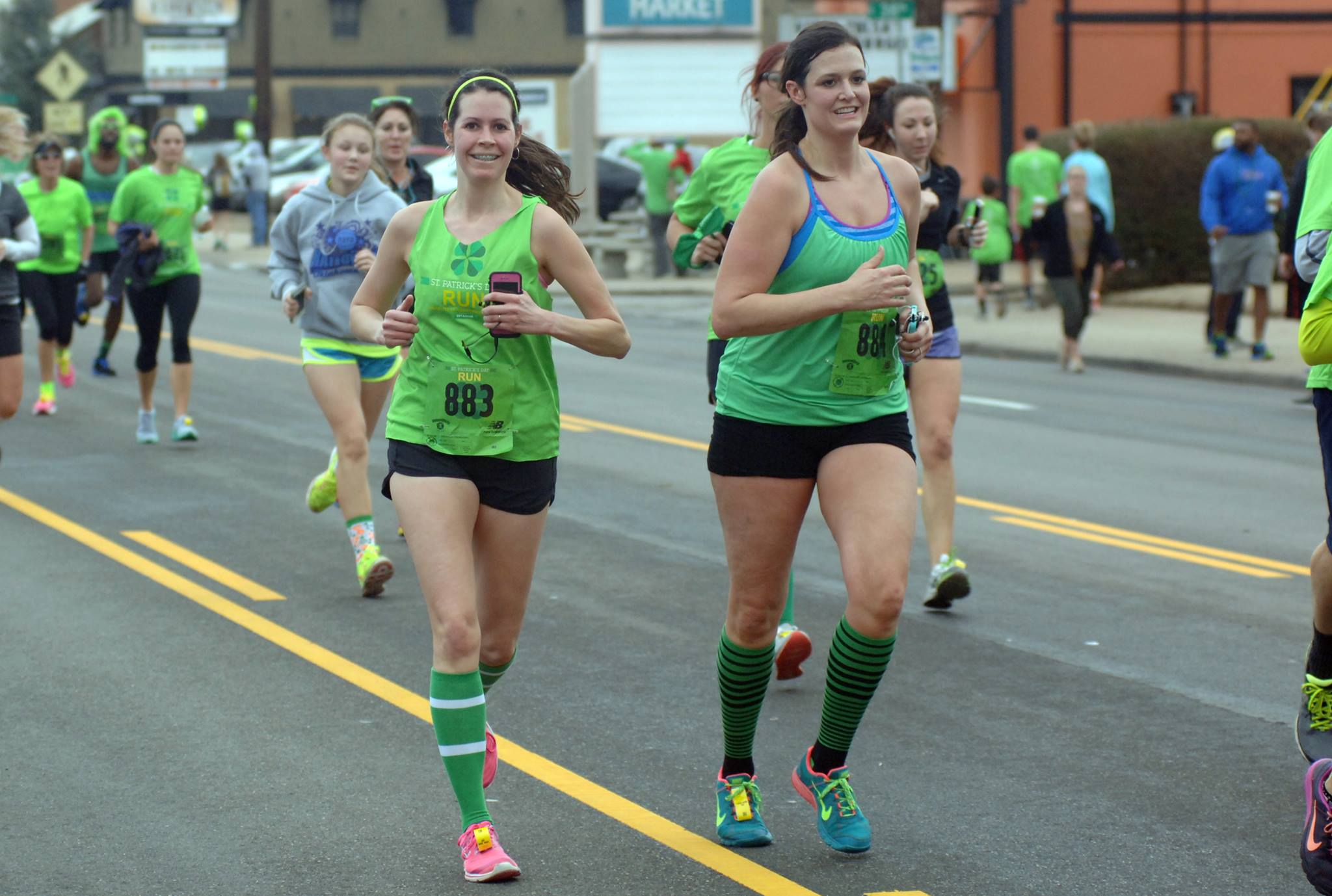 People run for all sorts of reasons. Beyond the health benefits and weight loss advantages, it’s not uncommon for mothers with young children to use running as  a way to get a bit of “me time”. Running provides a break from the trials of parenting and offers a way to get that much needed stress relief and maintain mental well being. But there are so many things to consider when starting to run again after child birth. When is your body ready? What to do with the sweet bundle of joy while you run? How to balance it all?

Tulsa runner, Jessica Mace, gave birth to her youngest son earlier this year and has made it back to running after a few hiccups along the way. She is a half marathoner, a wife, a blogger, and streak-er. But more importantly, she was willing to answer a few questions about her experience of running while pregnant and getting back to racing after baby. Thanks, Jessica, for sharing your experiences with Run Oklahoma.

Streak day 29 – it’s a HOT one! Survived 2 solo miles this morn. Tomorrow is the @fleetfeetsportstulsa First Mile Event from 5:30-8! I’ve gone the last few years and I always have a great time. You should go, too! #runtulsa #streakingwiththecoolkids #runningwiththecoolkids

Q. Tell us a little bit about yourself and your running history.

A. After I had my oldest kid 11 yrs ago, I couldn’t run a block without stopping to walk.  Some gals at work were doing the Jingle Bell Run in 2006 and they convinced me to sign up.  I ran it without training in just under 39 minutes and then couldn’t walk properly for a few days…but I was hooked!  I ran my first half marathon in 2013 and have since done 6 halves, 4 15ks, and countless 5ks.

Q. You were a runner before pregnancy and continued to run during pregnancy. How did running change for you while pregnant?

A. Oh man, it was different!  Before I got pregnant, I had just gotten to where I could comfortably run 8 min miles.  I became pregnant in the summer and I was nervous that the heat would harm the baby, so I toned it waaaay back.  I did 3 5ks, a 2 hr trail run, and the Quarter Marathon with no problems.  But, after the Tulsa Run 15k, I started having a lot of contractions.  They went away with some rest and water, but my doctor and I decided that it would be best if I stop running.  I ugly cried the entire way home from the doctor that day!  I continued walking and completed the Route 66 5k.  Then I took it easy, just walking a mile or two a few times a week, until baby arrived in Feb.

Turns out, it IS broken ? Gotta wear this sweet splint for 10 days and then HOPEFULLY, we’ll be good! ?? No running for a bit longer ? Go grab a few miles for me, please! #runtulsa

Q. Now you have a sweet, new baby at home; it’s been a hot summer so far; and you even had a few health issues including a broken arm several weeks ago. What has been the hardest part of returning to running?

A. Motivation and stamina!  I decided to start back with a C25k program, so as not to overdo it.  Like you said, I fell and broke my arm the first time I ran postpartum, so that made getting out there even harder!  It’s definitely hard to get out there when baby keeps me up at night, and it’s even harder when the heat index is 116°!  Making plans to run with friends and siblings gets me out there when I feel like staying inside. We’ve been going out to run early and, thankfully, I have a treadmill when it’s too hot for baby.  With the C25k app, I’m up to running 28 minutes without stopping.  I’m not trying to increase my speed yet, I’m just trying to build up my stamina!

Q. What’s been your biggest motivation to begin running again?

A. Running is good for my mental health! Even when I’m pushing a 25lb stroller with a 15lb baby, it’s just so freeing to get out there and run.
I think it’s so important to set a good example for your kids. I like my boys seeing that mom isn’t going to give up. I like it even more when they come with me!
Also, fitting back into my pre-pregnancy clothes, for sure. My husband would appreciate if I didn’t have to buy a whole new wardrobe!

#throwbackfriday to the #tulsarun! Now that I feel fine, I had a great time and can’t wait to do it again! ? #runtulsa

Q. If you had to give advice on running to other women who are pregnant or just had a baby, what would be the key things you would suggest they consider?

A. Listen to your doctor and your body. After the contractions at the Tulsa Run, I was still determined to run the Route 66 half, but I had contractions every time I ran, even when I would go very slow. So, I went to the race and watched my friends and family run instead of running it myself.
Many women can run distances during pregnancy with no problems. It’s important to know your body and to listen when baby says to slow it down!

Q. Do you have any upcoming goal races?

A. I’ll be running the Firecracker 5k on July 4 with my family and the Bedlam 10k on July 30. I plan to run the Tulsa Triple (the Quarter Marathon, the Tulsa Run 15k, and the Route 66 half). Say hi if you see me!